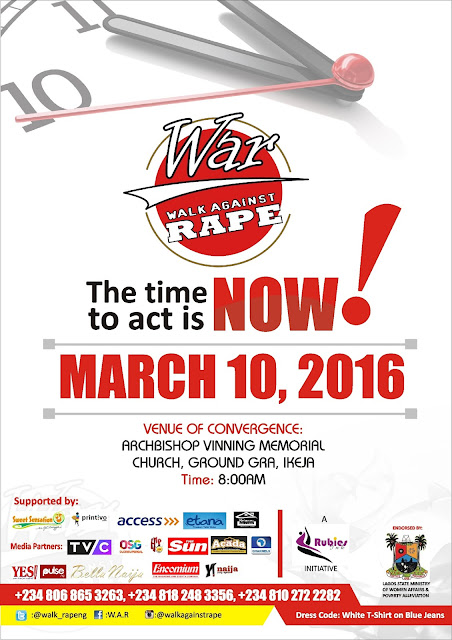 The walk is aimed at  creating awareness and lending  a voice to sexually abused persons (particularly women and children) in the society. 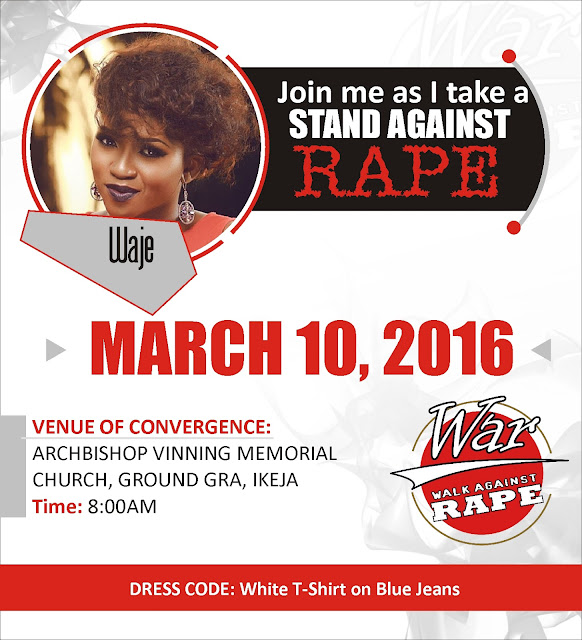 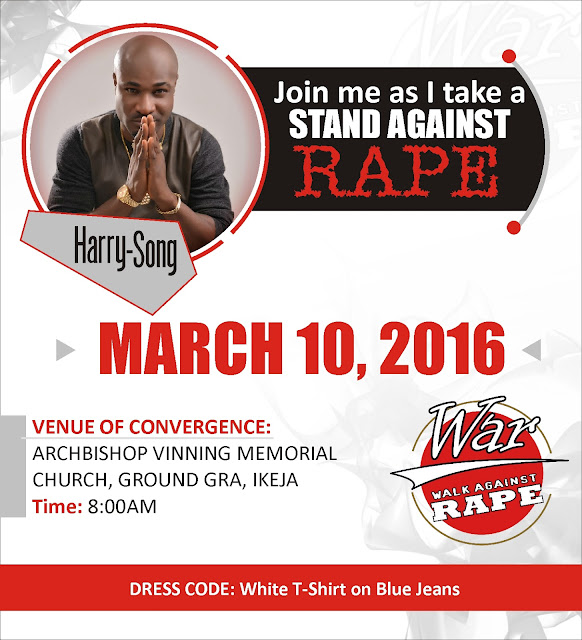 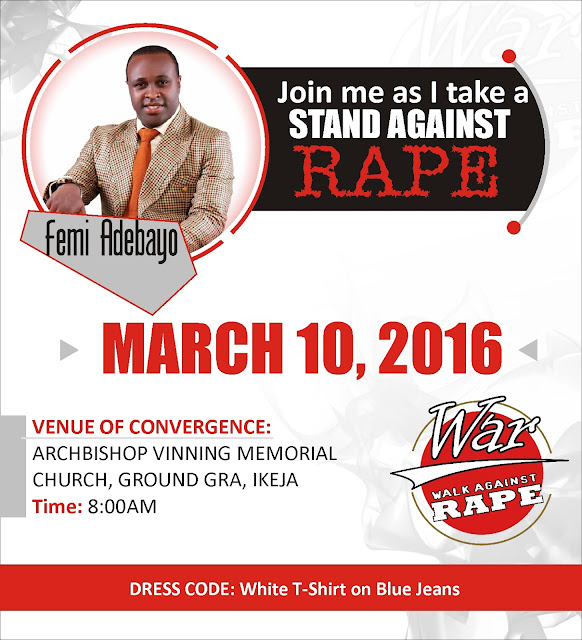 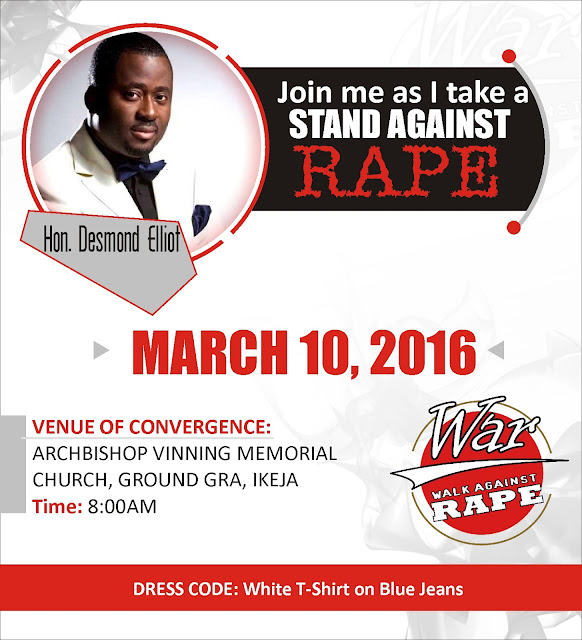 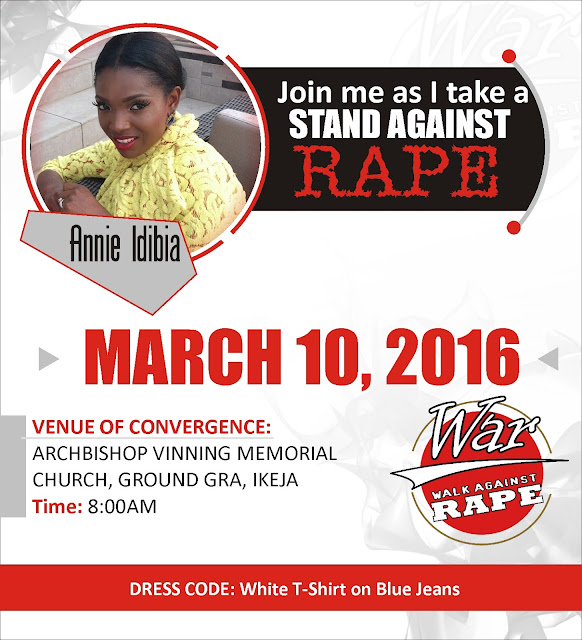 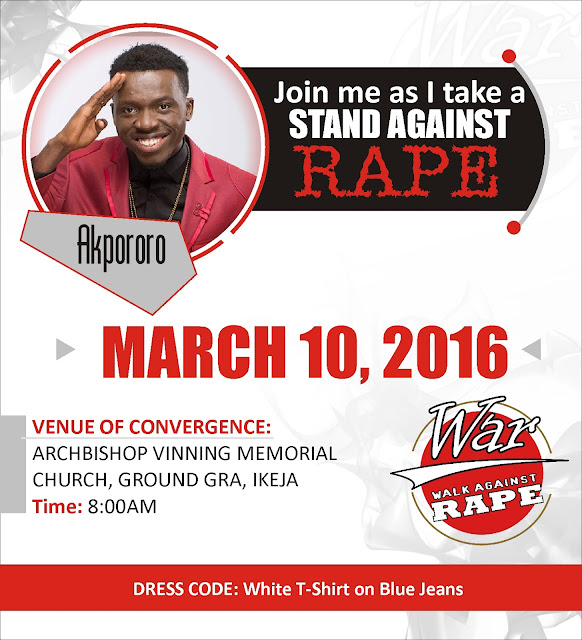 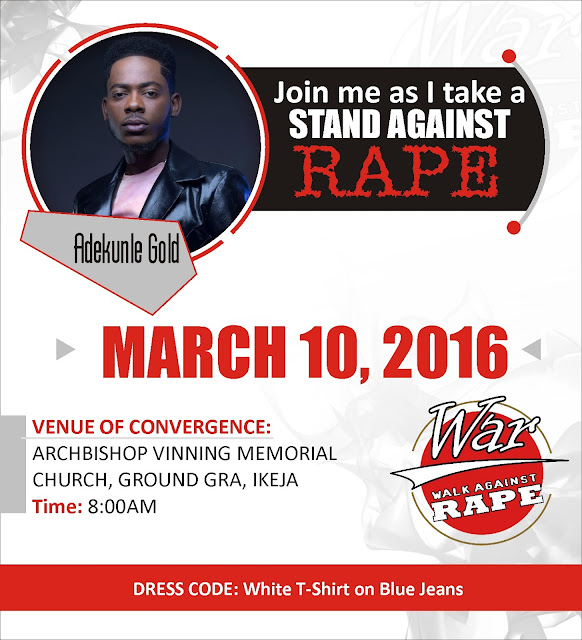 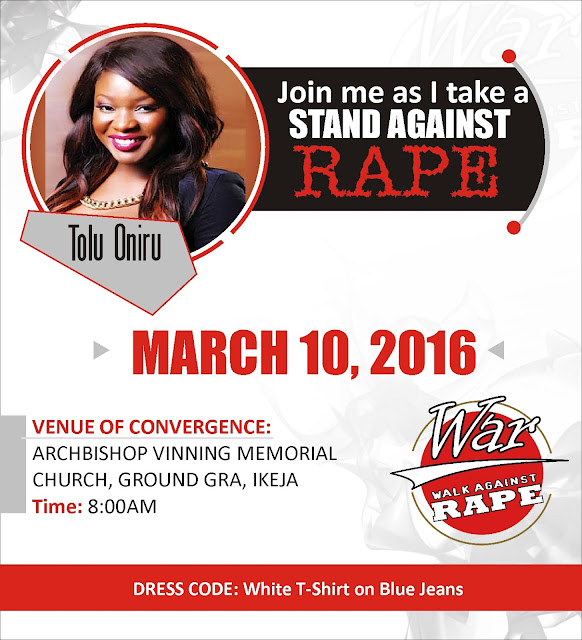 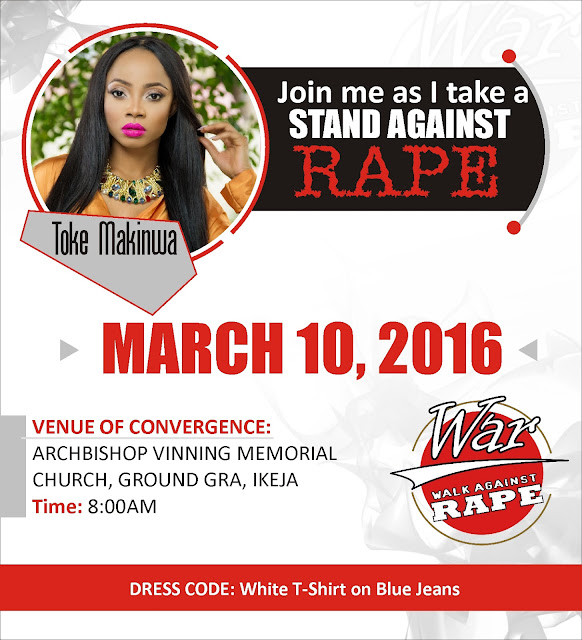 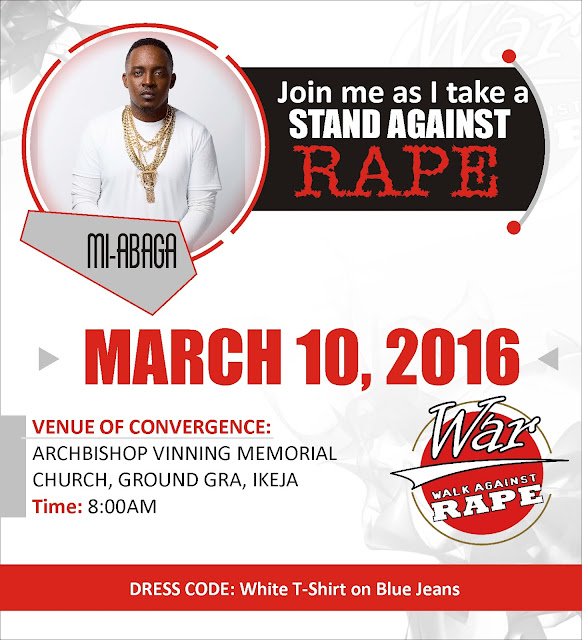 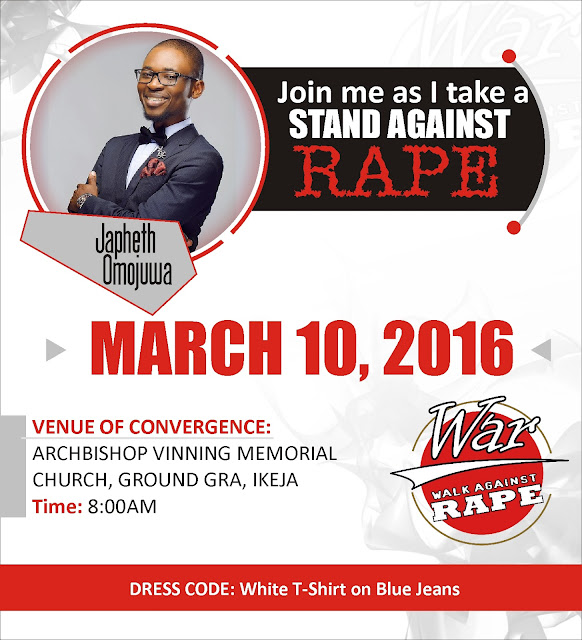 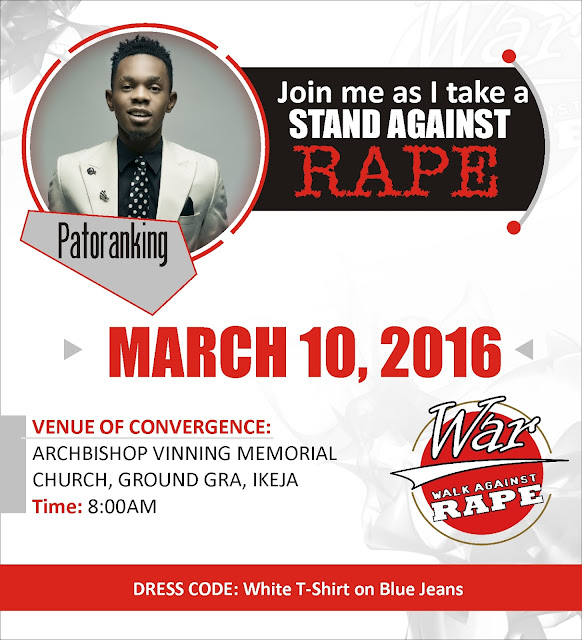 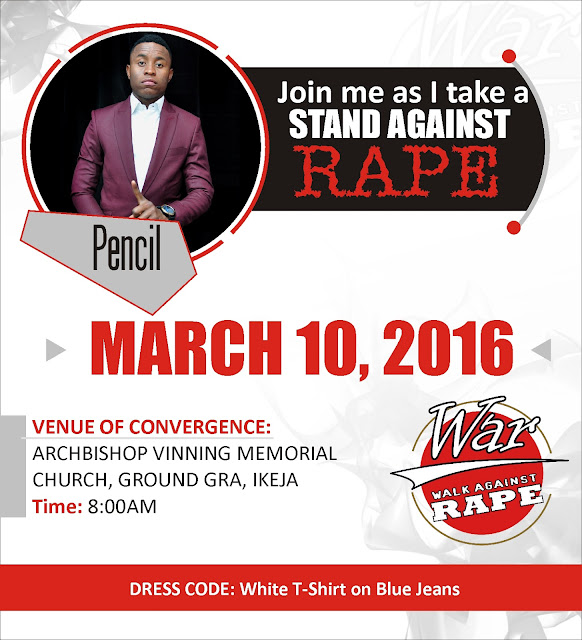 According to the National Coordinator, Esther Ijewere- Kalejaiye, “Our aim is to help in encouraging victims to speak out and reduce the stigmatization attached to the victims of sexual abuse and Rape as well as use “Walk Against Rape” as a platform to inform the society about the soaring scourge of sexual abuse especially as it relates to young girls and women in general.  The walk will be held in Ondo, Edo, Delta and Oyo State this year as well.

The walk starts from the archbishop vining memorial church ground and ends at the Ministry of Women Affairs., Alausa
Walk against Rape is organized by Rubies Ink Initiative for women and children and supported by Access Woman, Printivo,  Sweet Sensation & Etana bottle water. 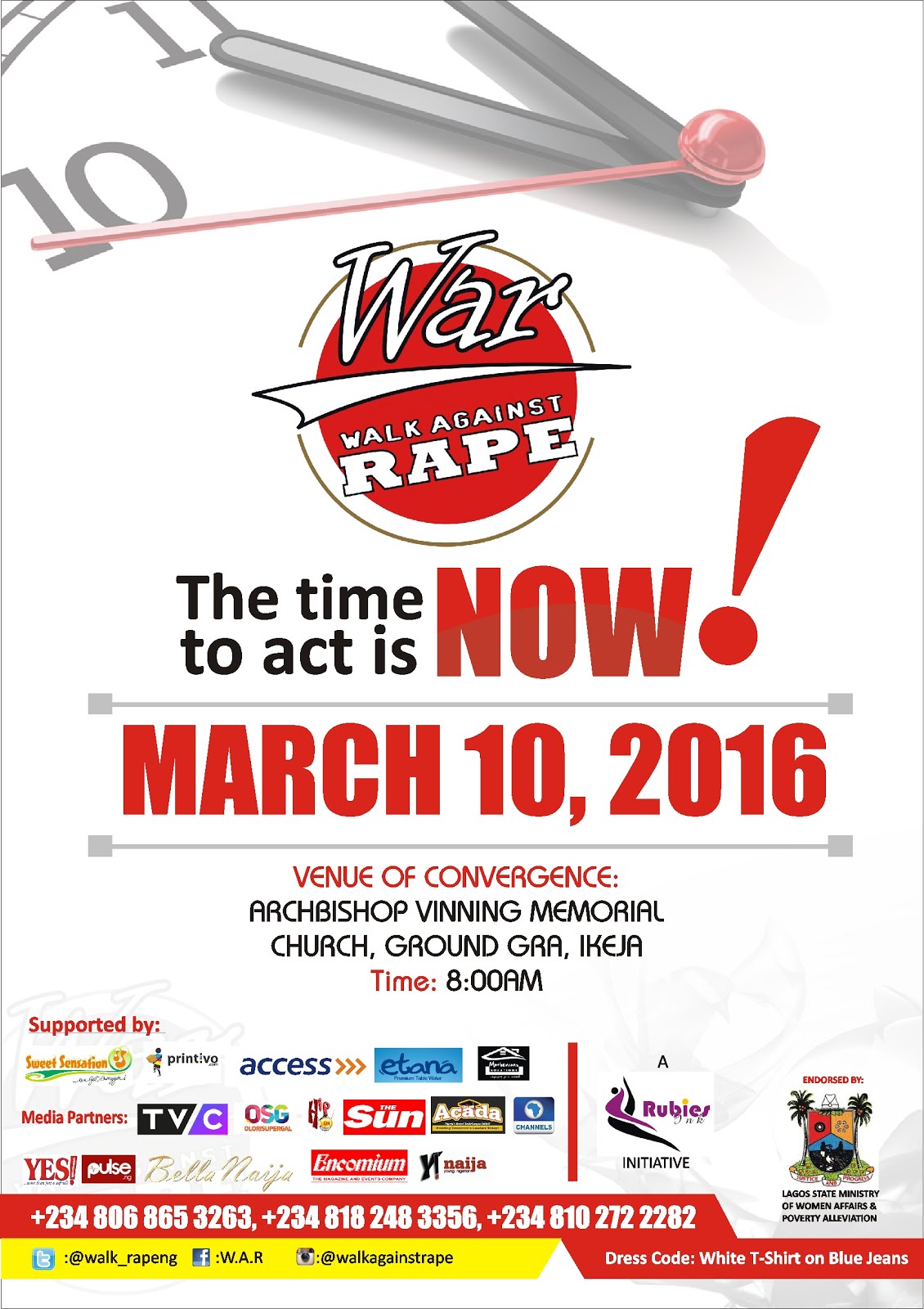 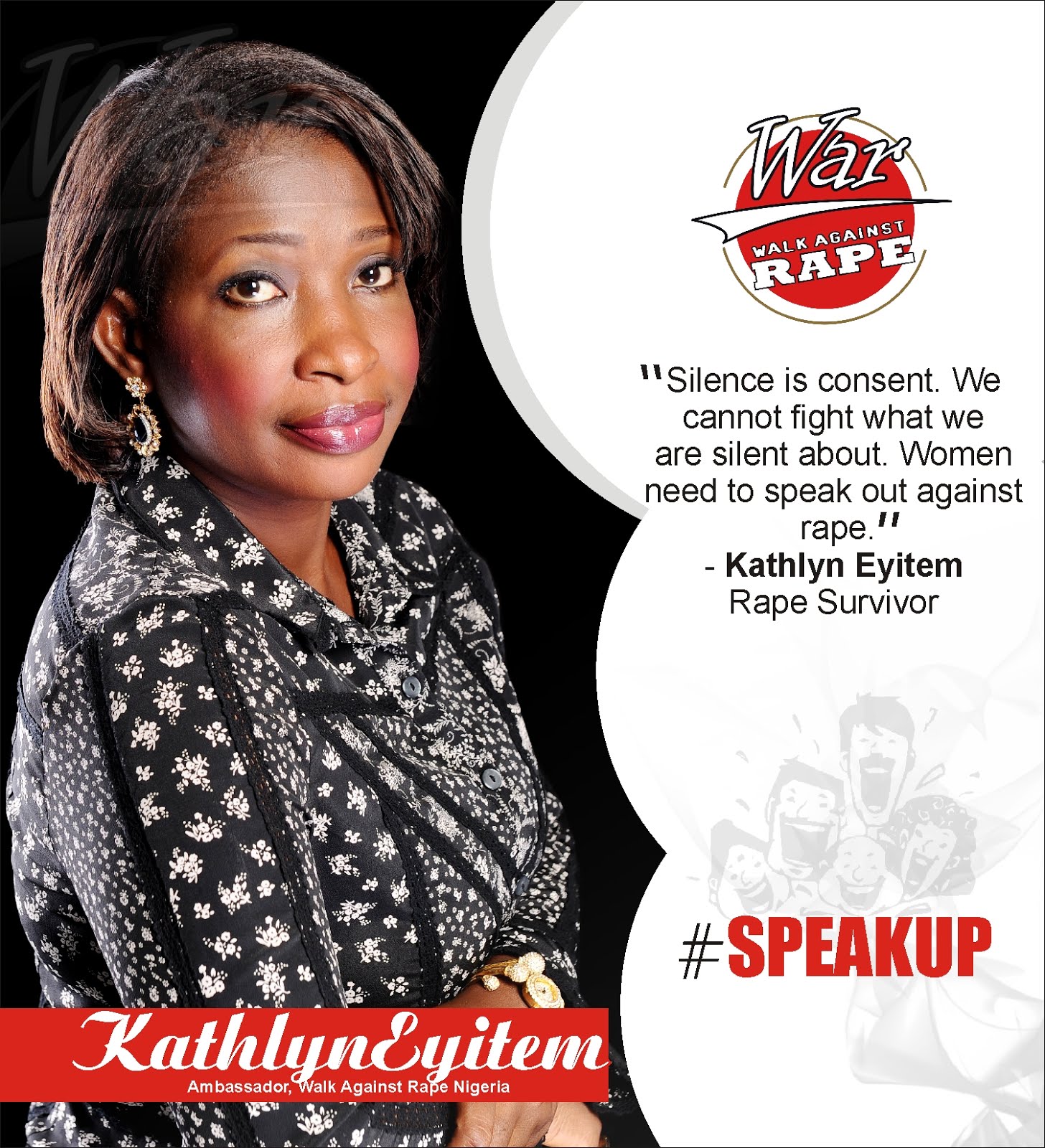